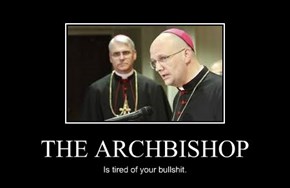 Stagg the Hidden has actually decided to speak from behind his computer screen, just as he did so in 2014 behind Gov Fallin.  In fact, for someone who claims to have “stared” down the Devil, he did that behind attorneys.  This “great” and “powerful” Oz, claims that I’m being provocative while he continues to instigate a response out of me and my organization.  Playing the victim is typical for a bully who has been backed in a corner, and by his own complacency.  He obviously is choosing to ignore us because he has no way to stop or shut us down.

The fact that he has publicly announced that he was a puppet, shows that his narcissism left him blind to a fight that he provoked in the first place.  The choice to ignore us was purely another act of cowardice and a throwing in of the towel.  This response was obviously a bad one because we continued to pursue our goal of bully busting, and got all of those around him to force him out from under his rock and respond.  His response is filled with arrogance and pain, instead of humility and grace.  Since he is the representative to an all loving compassionate, forgiving God, instead he acts more like an antagonistic devil filled with pride in an adversarial role trying to defy the law of the land.

The purpose of a bold statement such as this one is, allows for the public to understand that behind the curtains and behind the scenes Coakley was still fighting by spreading rumors about us at the Oklahoma State Capitol the Wednesday before our event.  This was expressed to me by an Oklahoma State Trooper who was clutching his bible as he spoke to me.  “Thou shalt not bear false witness,” is a religious law that Stagg continues to ignore and he constantly employs false witness against us and this only furthers my own spiritual corruption by vexing a religious leader that is willing to sin against his own God.  If he is willing to break God’s law, then he definitely willing to break the law set forth by the US Constitution, which shows that he is closer to Lucifer than I will ever be.

To address this ego defense, that all we want is attention from the media, is nothing more than projection.  He made such a huge stink in the media against me because he thought that he could shut us down as easily as the Harvard Black Mass was shut down.  Then he could of had a huge public celebration of God defeating the Devil, but it was too late by the time he figured out that this Devil Worshiper would never concede.  This highly agitated him with a public slashing of his face, which is obviously still fresh.  He turned the fight public, so we fought in the public square.  My Devil is a bold embodiment of anguish that has a feverish passion to spread hatred and pain on the masses, which is why we utilize the media attention as a way to spread the Devil’s plague of heartache against the pious and the righteous.

In closing, the Satan known as Coakley is nothing more than a false evil posing as good, to fulfill the needs of his ego at the expenses of all of those around.  His actions and words have only proven that he, himself thrives off of conflict to console his own internal self-loathing.  I could never celebrate such a simple minded man blinded by the illusion of the cosmos and blinded by his own internal illusion of righteousness.  It is self-evident, in Oklahoma that the blind are being led by the blind shepherd only filled with his own arrogance and pride.  Instead of the weak evil that this broken vessel can provide, why not bring in pure evil as the religion because the Devil can get it done!