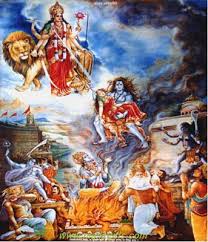 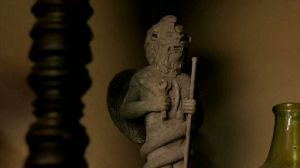 Traditional Ahrimanism as taught by the Dakhma of Angra Mainyu, is a stand alone religious practice.  This religion is built out of deep study into Indo-Iranian, Vedic Hinduism, Zoroastrianism, Zurvanism, and Yazidism.  Traditional Ahrimanism is codified within these constructs only.  The base magical system is a corrupted rewritten perversion of Enochian Magic along with base sorcery found in Shivate worship to include Aghori traditions.  Traditional Ahrimanism has been classified by Dr Sieg of the University of New Mexico as:  An anti-cosmic religion, that is humanistic as its follows because base human nature is self-destructive.  The church is uncovering and reconstructing an ancient form of Deva worship that is centered around Angra Mainyu.  Angra Mainyu is normally missed translated as angry spirit, in reality its translated as the spirit of anguish and anxiety.  They are also an apocalyptic religion that is trying to unleash the Devil to destroy the Earth, and they engage in spiritual battle through ritualistic practice against Ahura Mazda and its followers.

Luciferianism is another occult practice that uses multiple pantheons and cultural religious practices, in a similar practice to Thelema’s philosophy, of having your head in the heavans and your feet in the hells.  They take these things to the extremes so they can have lone practitioners buy the “necessary” tools needed to “work” the Luciferian magical path way.  In order to engage in this practice of multiple pantheons, you will need items specifically for only one pantheon at a time.  This includes a variety of daggers, masks, books, sigils, robes, books, music, candles, incenses, books, and other kinds of ritual gear.  Of course, they have an internet shop where you, can purchase these things for above average price because they are considered specialty items.  Traditional Ahrimanism suggest tools that you should use and most of these things can be found at low prices in stores in your city or neighborhood, and they are universal in most forms of magical practice.

Luciferianism teaches its followers to be hidden away from society and disconnect from all social nets as a form of sustaining godhood.  They claim long periods of isolation helps build strength, and this can be true for more experienced practitioners, but is disastrous to new people who are likely come from a traumatic back ground to begin with. These folks are their prey that they get the most money from.  Traditional Ahrimanism teaches people to be proud of their religion, but to keep it to themselves because of the normal reaction to worshiping the devil.  Finally, the leaders of Traditional Ahrimanism put their money where their mouth is by provoking, fighting, and winning against the Catholic Church in a public/political fight that was seen world wide.  This proves the strength and character that Traditional Ahrimanism provides its followers.